Living a fun and carefree life in their own way 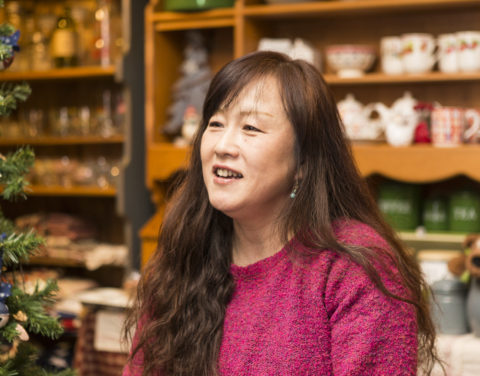 Born in Tokyo. She fell in love with Hokkaido after staying for a month during a visit to her in-laws’ house in Yubari City, eventually deciding to move to Nakafurano. In recent years, she has been active in various organizations, and even holds her own music events.

A place of abundant nature perfect for raising children

Sumiko Nishihara was probably destined to move to Hokkaido when she met her future husband Eiju in high school. They were classmates and bandmates, and both of them enjoyed music and outdoor activities. After eventually getting married, they went to Hokkaido to visit Eiju’s parents in Yubari City. They stayed for a month in the island, enjoying skiing in Hokkaido’s slopes. The following summer, they visited Hokkaido again, this time going camping with their children. With plenty of outdoor activities available all around, they realized that Hokkaido was the perfect place for them to live and raise their children. 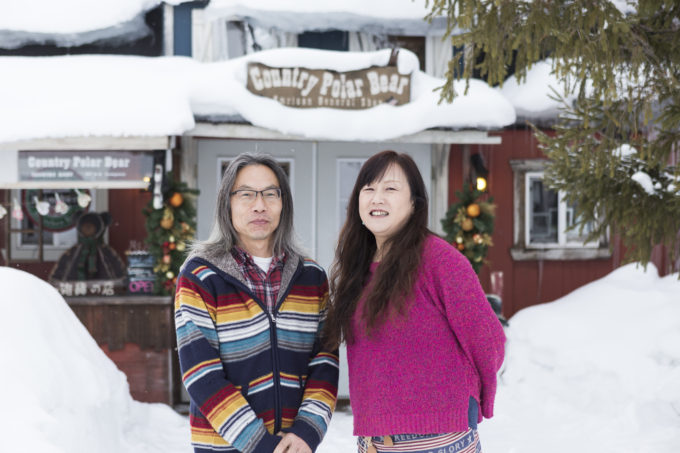 A novelty shop to spice up a tranquil life

They bought an estate in the Hokusei-yama district of Nakafurano, and their new home was completed in 1997. It was located on a hill away from the main residential area, and it had a great view of the majestic Tokachidake mountains. The couple also found the safety of the place quite reassuring. When they were living near Tokyo, they were always anxious of letting their children go outside alone. But in Nakafurano, everyone in the community helped in raising the children. After living for some time and getting used to the new environment, the ever-active Sumiko decided that she wanted to start something new. She had noticed that there were not a lot of variety stores in the town. Knowing that many local women enjoyed buying cute tableware and other fancy items, she decided to open a novelty shop called Country Polar Bear. 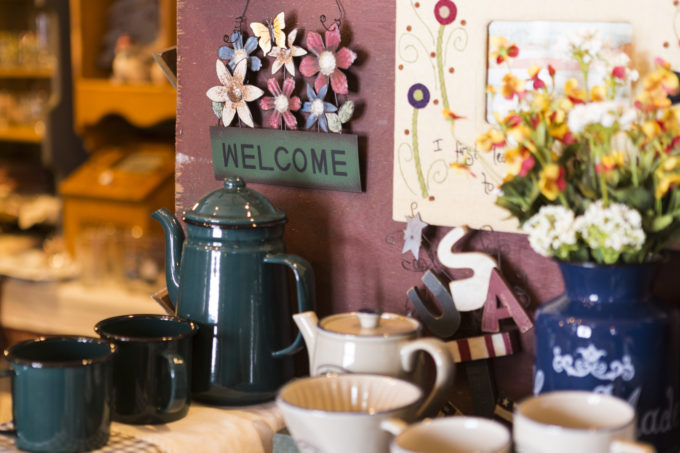 Despite being a totally new challenge for Sumiko, Country Polar Bear opened in the spring of 2000, and it has been going strong for nearly 20 years now. At first, they mostly sold lavender-related items aimed at tourists, but these were gradually replaced with old-fashioned American country goods, a favorite of Sumiko’s. She is particularly fond of the cute but functional and durable tableware by Aunt Stella’s, a famous cookie maker. The shop also sells various kinds of handicrafts made by a number of women creators in Hokkaido, with whom Sumiko has formed a strong community. 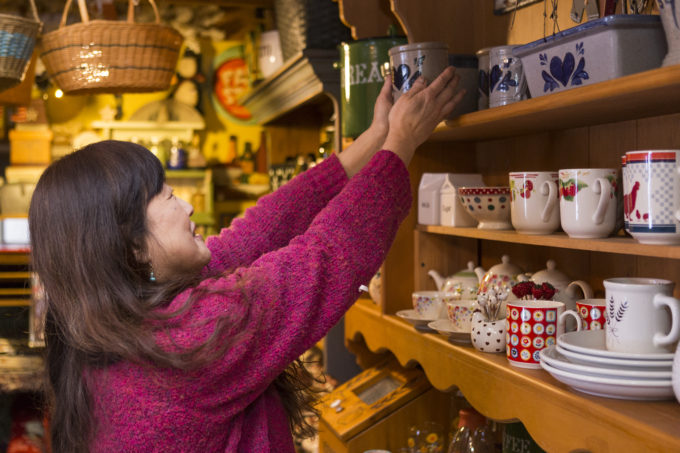 A return to music and a life of passion

With her children now grown up and independent, Sumiko has expanded her activities to include gospel music, joining a gospel choir group called “Snow Sounds”. She particularly enjoys singing not just with her choir mates, but together with the audience. She also recently started a duo with her friend, and they perform free concerts at nursing homes in the area. Inspired by Sumiko’s activities, her husband Eiju also decided to play the guitar again. Together, they hold an event called “Polar Bear Jamboree” every July, with Sumiko singing gospel and Eiju performing with a band. Interestingly, their children are also currently active in music, and they both dream of someday performing as a whole family.